Abdul Zaman, the deputy chairman of the Bradford Conservative Association, has been suspended after making ‘antisemitic’ comments in support of local Conservative council candidate Sajid Akhtar.

Bradford politics has been heavily affected by the Biradri clan-based system of politics under which the selection and election of candidates and politicians can be influenced by their belonging or promises to a particular clan. The Biradri has been implicated in George Galloway’s election as MP for Bradford West for the Respect Party, leading the Labour Party to remove the local party’s ability to select its own candidates.

Zaman delivered a speech in the Mirpuri dialect which defended the Biradri system, ending in a statement about Jews and Christians. The speech ends with a call for the whole community to talk to their neighbours and friends and tell them to vote for Akhtar “so that the Jews and Christians know that we are one Biradri.”

This has been interpreted as either a message of unity, or as one of division, telling the local community to show Jews and Christians that they will adhere to the Biradri system and not be divided. Interpretation is made more difficult by the fact that Mirpuri is a purely oral dialect, and various phrases used in the speech can have different literal translations.

Local Labour MP Naz Shah has complained about the speech in a letter to the Prime Minister. 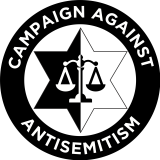