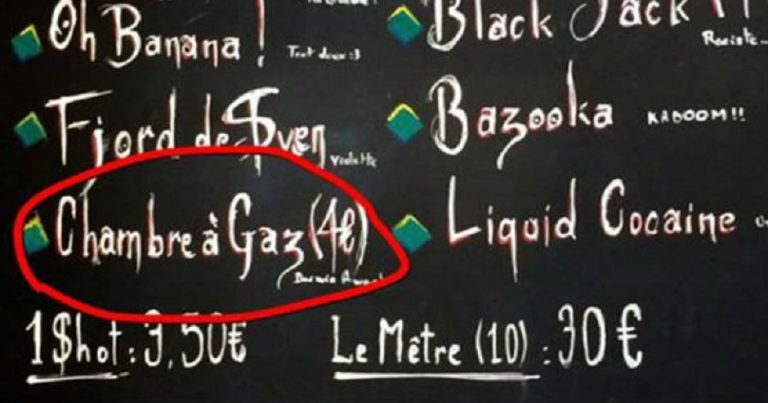 A bar in Paris has been reported as selling a cocktail called “The Gas Chamber” for four euros.

The owner of the Sunset Boulevard has been asked to remove the drink from his menu, but no response has been issued as of yet.

Whilst this is not necessarily an incident that has been motivated by antisemitic intent, making light of the systematic extermination of millions of Jews by naming a cocktail over the most prominent method of slaughter is extremely damaging to Jewish people, an insult to those who perished, and sets a dangerous precedent of normalising the commodification of Genocide.