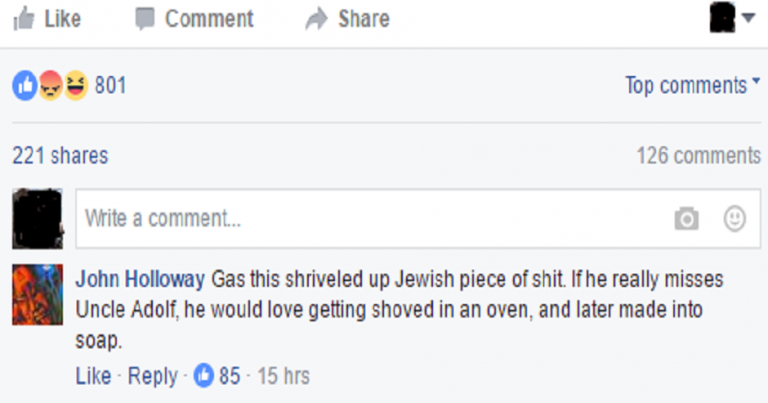 Facebook has refused to remove a comment from an Alt Right page which called for George Soros to be gassed.

The comment on a page called Disdain for Plebs, which though right wing, is not itself an antisemitic page, reads:

“Gas this shriveled up Jewish piece of shit. If he really misses Uncle Adolf, he would love getting shoved in an oven, and later made into soap”.

When the comment was reported, Facebook said that it did not violate its community standards. The comment was made by a man called “John Holloway”, but we know nothing about the individual minus his name.

Soros, who is Jewish, is a controversial figure in the Jewish community for his support of pro-Palestinian causes. Nonetheless, calling for a Jew to be gassed in blatant reference to the Holocaust is antisemitic.