David Watson is the fundraising coordinator for Walthamstow Labour’s Executive Committee, but he has also been revealed to hold very disturbing views.

Watson’s Facebook posts suggest that he believes that Israel is mimicking the Nazis, that the Jewish state is secretly behind ISIS and that disgraced Labour MP Naz Shah did nothing wrong, even after she admitted having posted antisemitic material online.

He has been photographed with Jeremy Corbyn, Sadiq Khan, Ken Livingston, Tom Watson and John McDonnell, raising fresh concerns over whether Labour vets its members. 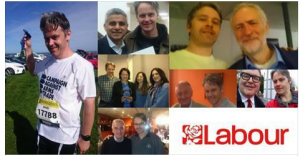