In Berlin a sign documenting the places from where jews were deported has been repeatedly vandalized with antisemitic and holocaust-denying slurs.

The Berlin based initiative “Sie waren Nachbarn” (They were neighbours) installed a sign at the place where the majority of Jews from Berlin were deported from. It reads “Von hier fuhren Züge ins Gas” (From here trains headed into the gas). The word “Gas” was overwritten and scrawled on six times, beginning in June 2015 until the whole sign was destroyed in March this year. Repeatedly the word “Gas” was crossed out, also daubings like “Falsch” (wrong) and “Beweise bitte!” (proof please!) were added. Volunteers for “Sie waren Nachbarn” removed the graffiti each time. These are attacks on the memory of the deported and murdered Jews not only in Berlin but also on the Shoah as history. This evidence of Holocaust denial shows that antisemitism continues in Germany today. 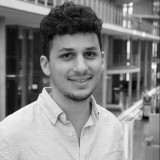