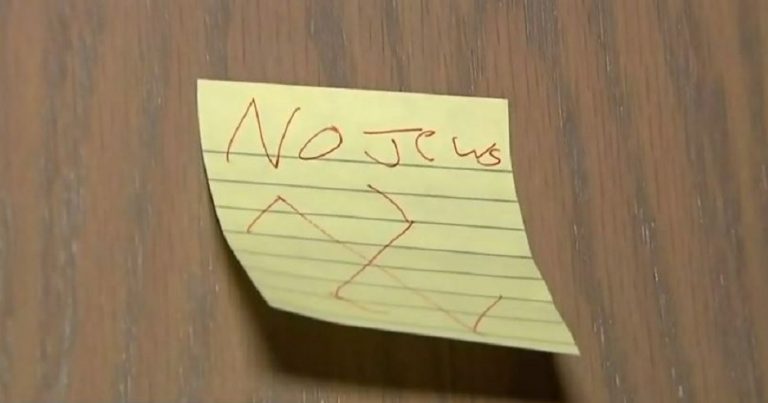 Police in Ontario are investigating a series of notes left on the doors of Jewish residents.

Several Jewish residents also had mezuzot vandalized. A mezuzah is a box containing parchment from the Torah, which religious Jews nail to the doorposts of their houses. Damaging one constitutes an act of desecration and is an inherently hateful act.

Post-it notes with the words “no Jews”, Swastikas and antisemitic slurs were left on the doors.

They were all posted within the same building, causing them to believe that one of the neighbours is to blame.